All the photos and text on this site (unless otherwise noted) are Copyright © of Emilia Nieminen. You may not copy, use, publish, offer for free or sell any of the material on this site without the specific permission. So if you want to post my photos to your blog or gallery (with credits), please contact me. Feel free to link back to the site, though. 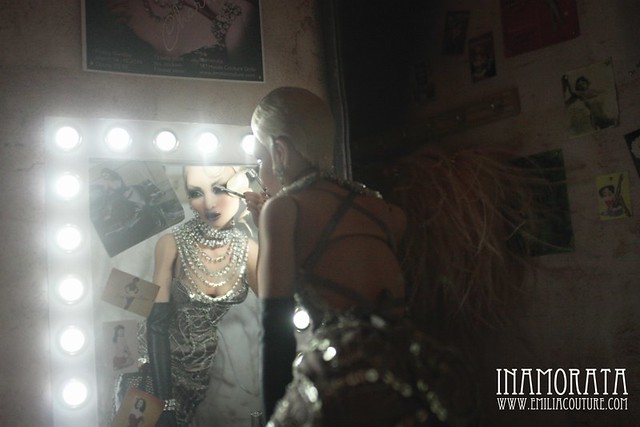 It has been a while since the last post since I have trouble accessing blogs from China, but my partner Jing has kindly agreed to post on my behalf. I returned from Paris on Thursday after a 30 hour flight through Moscow and Hong Kong and have been pretty much sleeping ever since. Tired, but happy as Paris Fashion Doll Festival was quite a success.

It was not only that we sold out all the dolls and even the diorama, but also the warm welcome that awaited us. I must admit I was both excited and rather intimidated by the prospect of meeting all my doll friends who I have known for many years online and all the wonderful people I know and admired from their photos. Luckily I had my friend Janina to hold my hand throughout the event, though it was the first time meeting her in person too, but with some people it just feels like you have known them all your life. Besides, my initial nervousness proved absolutely unnecessary. I was simply astonished by how lovely everyone was and what a warm welcome I got. Don't you just sometimes feel like it would be splendid to collect people? Now that didn't sound creepy at all! Well, I guess I'll have to settle for coming back next year and also prepare to attend Milan and maybe the Spanish convention next year too.

However, I was glad I stayed in another hotel in the center before weekend, as the Novohell hotel truly is rather ghastly. I have stayed in abominable conditions in China before, having centipedes and scorpions in my bed, no hot water and lacking many other basic necessaries, but this one takes the cake. There was no air in the place. The air-conditioning was broken throughout the weekend and everyone else was complaining about the same problem in their rooms, but it was not allowed to open the windows - the hotel had even removed the window handles. On Saturday when me and Jing had to spend the whole afternoon, evening and night in the room preparing for the Sunday sales room we truthfully thought we would die out of suffocation. Headaches, nausea and dizziness haunted us and we had to go out to breath. We did complain, but the hotel did nothing. Nor did they give us towels or had sealing lights in the room - only a small nightstand lamp with wooden shade providing no light whatsoever. Happily I had brought a flashlight as a spotlight for the diorama. At some point in the night I wanted to burglar the window open, only to notice this was not a thought unique among the guests as the area around the missing handle was scratched and bent by other inmates desperate for air. I did not get the window open and will hopefully find another hotel some metro stops away for next year.

All in all, it was a truly marvelous week in Paris. I arrived early on Wednesday morning and a walk through Paris and shopping at Galleries Lafayette with Janina and her boyfriend Alan kept my jet-lagged brain somewhat functioning until the evening. On Thursday I took a metro to Rennes and walked my feet to blisters shoe shopping along Rue de Rennes up to Rue de Dragon and the narrow alleyways there, living off tartar and patisserie. And speaking off patisserie I bought a box of Pierre Hermes macaroons the night before and ate them in a hot bubble bath. Heaven! The texture! The combinations of fresh and unique tastes just exploding orgasmicly in your consciousness! The fresh mint and red fruit one, but not mint flavour but true fresh leaves that make you float in a field on a hot summer day. Oh my. And no one quite does packaging as the French do. Esthetics and hedonism wrapped in one. Perfection. 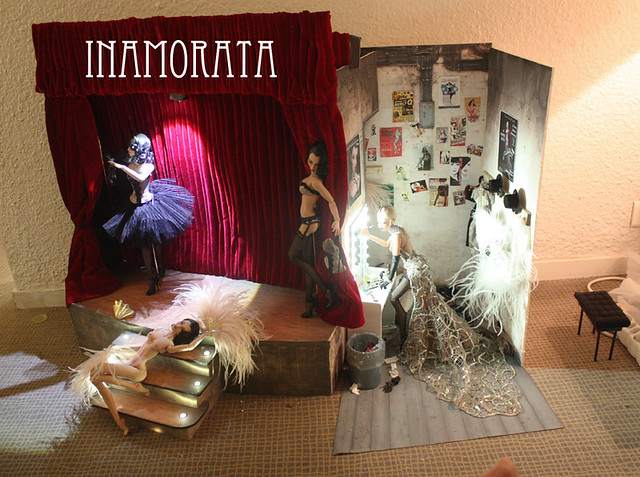 Most importantly, the experience provided me with new energy and inspiration to go on. Before Paris I was worked to the point of burn out. 19 hours a day without weekends for more than a year. It is hard to draw a line when a passionate hobby turns into work. But more to the point, it has been the quality of work that has been eating me alive. If it was only creations itself I would be fine, but the endless fight with the factories for quality control is exhausting, frustrating and unrewarding. There is no margin of error and the factories cannot understand that. I love the fact that with LE dolls I am able to have dolls to go around instead of answering dozens of emails saying "I am sorry but she was OOAK and sold", but with LE dolls I only get to do creative work 3-4 times a year and even then it is limited by the abilities of the factory. Hence, I will now take few months off to concentrate on OOAK creations and to catch up on my ever lengthening commissions list. So, if you are interested in a OOAK contact me now as it might be until next year I have the opportunity to take another such a respite.

What comes to the last Charmeuse (LE5) event doll that was held back for those unable to attend the Paris event, she will be sold in a silent auction via emiliacouture mailing list in early April.
Posted by em`lia at 00:19

Hello from Spain: I read that your experience in Paris was fabulous. It is very interesting to meet people from blogging. I feel that your hotel is so bad. Keep in touch